For those who are concerned about climate change or unfamiliar with the current bushfire situation in Australia these photos are of the Hume Dam near the twin cities of Albury Wodonga on Christmas eve this year. Bushfire smoke enveloped the area making my eyes sting just taking the photos and I was certainly not going to walk across the length of the dam wall. How far away are the fires? This smoke was probably from the Sydney fires still burning 550kms to the north. There is another large fire in Gippsland 310kms to the south east which started when we were in Lakes Entrance back in November and has now joined up with other fires.

What’s the yellow stuff in the foreground? That’s lawn or should I say that was lawn things are pretty dry here at present.

Other than a little horizon straightening as I am notorious for taking crooked photos, these images are untouched. Though I might add it was hard to see where the horizon line actually was.

The Hume Dam was completed in 1936 and at that time was one of the largest in the world. The capacity of the Hume Dam was further increased in 1961. It and a series of locks, dams and barrages controls the flow of the Murray River for agriculture. The Murray being the eighth longest navigable river in the world forms a border between the states of New South Wales and Victoria and flows to the sea in the state of South Australia. 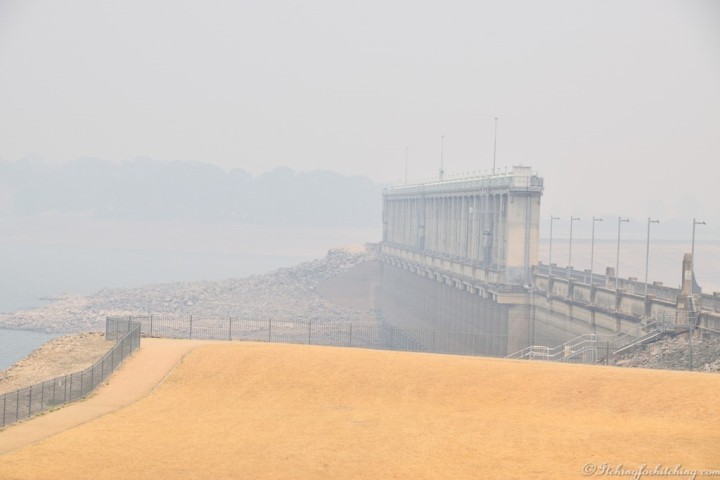 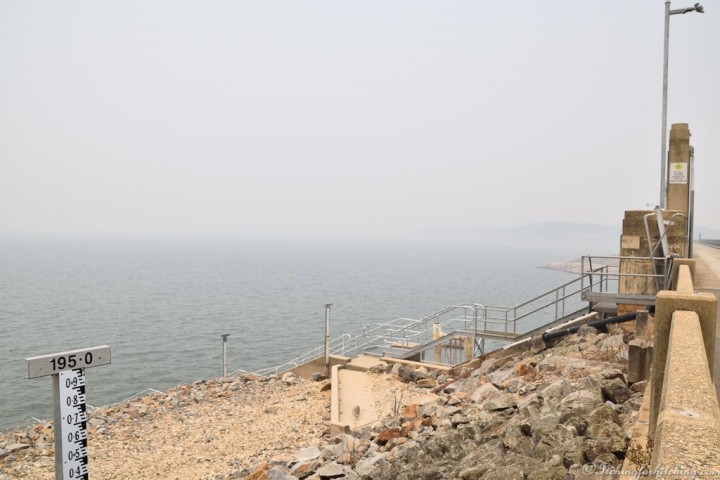